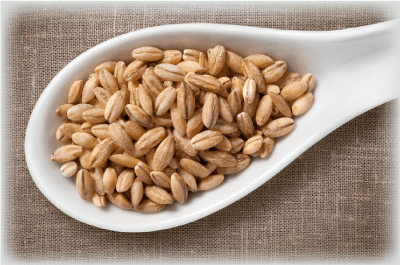 A diet high in fiber may reduce premature mortality and reduces the development of various non-communicable diseases and their risk factors. Therefore, we conducted a systematic review and meta-analysis of reports investigating the relationship between dietary fiber intake and mortality and risk factors for cardiovascular disease in the diabetic reserve group and adults with diabetes (type 1 and type 2) did.

[Method]
Search OVID Medline, Embase, PubMed, and Cochrane Central Register of Controlled Trials until January 18, 2019. A prospective cohort study of dietary fiber intake and mortality and a 6-week or longer comparative controlled study examining the effects of increased whole grain and fiber intake on glycemic control and risk factors for cardiovascular disease. Or crossover) was extracted.

A prospective cohort study estimated that the highest fiber intake group had a 45% lower overall mortality risk and a 39% lower cardiovascular disease-related mortality risk than the lowest fiber intake group. Ingesting 35 g of dietary fiber per day has a 35% lower risk of all-cause mortality (10% to 48% in the 95% confidence interval) compared to 19 g ingested, and the absolute number of deaths per 1000 during the follow-up period. There were 14 less.

[Discussion and conclusion]
In many relatively wealthy countries, most adults consume about 20 g of dietary fiber per day. * 1 It is considered that increasing the intake by 15 g and increasing the intake to 35 g per day can be a reasonable goal to reduce the risk of premature death by 10% to 48%.

It is suggested that the results of this study can be applied to the diabetic preparatory group regardless of the treatment method such as diet alone, oral drug or insulin administration, or a combination thereof, and the type of diabetes (types 1 and 2). ..

One practical way to increase fiber intake is to replace refined grains with whole grains.

According to the dietary intake standards of the United States and Canada, the recommended intake of dietary fiber is 24 g days or more per day. This has been determined by many epidemiological studies and their meta-analyses. The Japanese dietary intake standard (2020 version) also states that the target amount should be 24 g or more per day, but due to the large gap with reality, the target amount is low (18-64 years old, male 21 g, female 18 g). It has become. Now, the “reasonable goal of increasing intake to 35g per day to reduce the risk of premature death” in this paper may apply to the population consuming about 20g of dietary fiber per day. unknown. However, for Japanese people, we recommend 24g or more per day. For Japanese people who consume about 14g of dietary fiber per day, I think we should increase it by another 10g. To achieve this, it may be effective to replace the three staple foods with high-fiber grains (barley, whole wheat, millet, etc.).